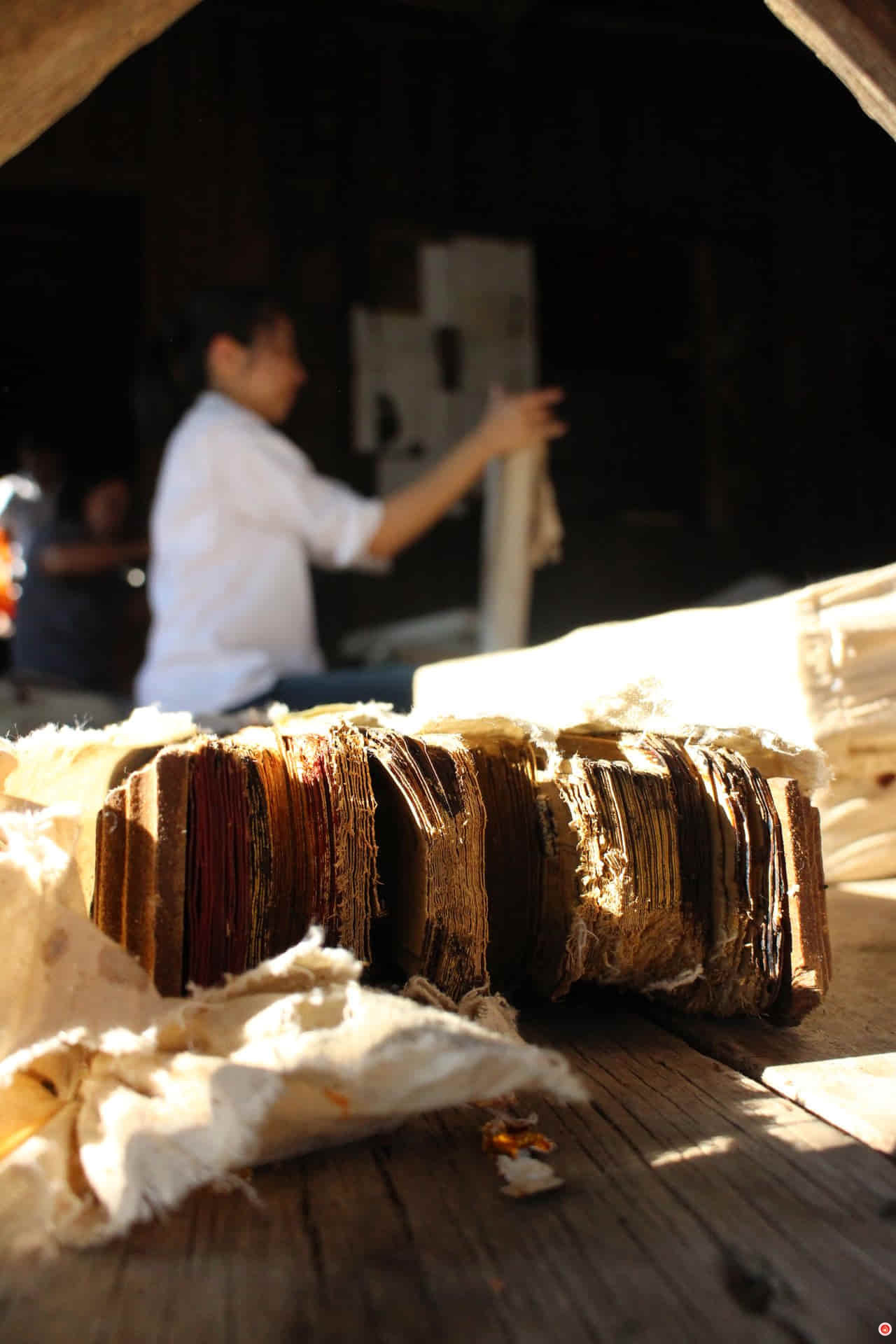 Center for the Preservation of Ancient Manuscripts (CPAM) has a duty to systematically survey and digitize palm-leaf manuscripts. CPAM offices are located in 3 countries: Thailand, Myanmar, and Sri Lanka where full time local staff members carry out the same work procedures. The teams not only coordinate the work among themselves but regular work in collaboration with other local organizations such as temples, museum, universities, and libraries to survey and digitize palm-leaf manuscripts in the areas where those manuscripts are kept. Since 2010, over 10,000 manuscripts from main traditions, including Sinhalese, Burmese, Khom, Tham, and Mon scripts were preserved as digital image files and they have been used to create Pāli Tipiṭaka databases for academic and Buddhist purposes. The 3 work step are as follows:

The initial step is to scour records of palm-leaf manuscripts archived at the national libraries, museums, universities, and other government organizations, before sending written requests to survey and digitize the manuscripts. 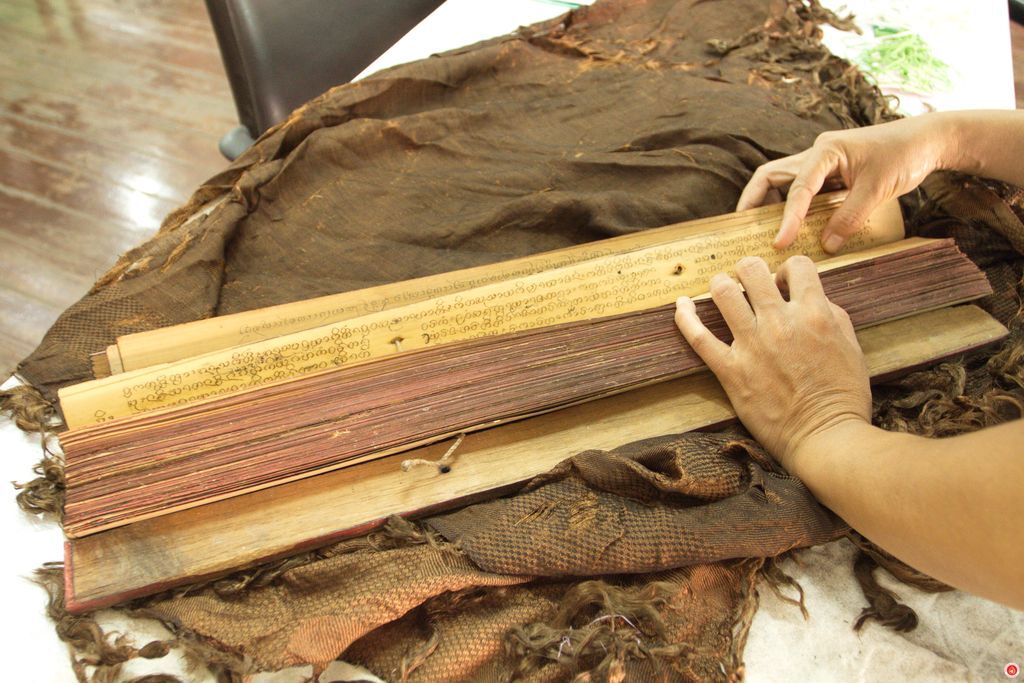 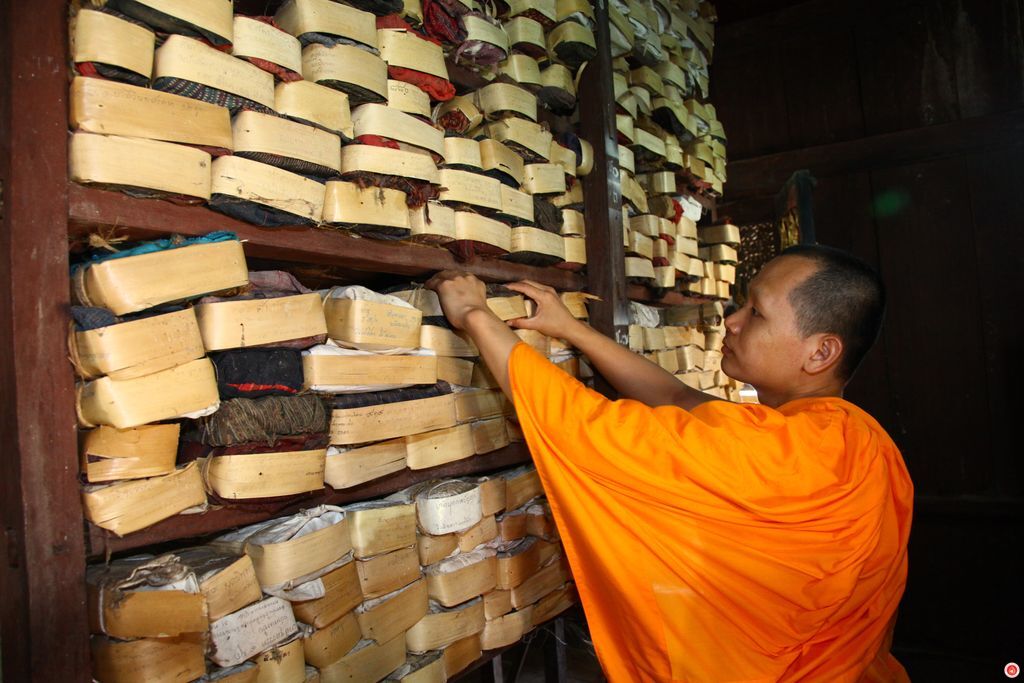 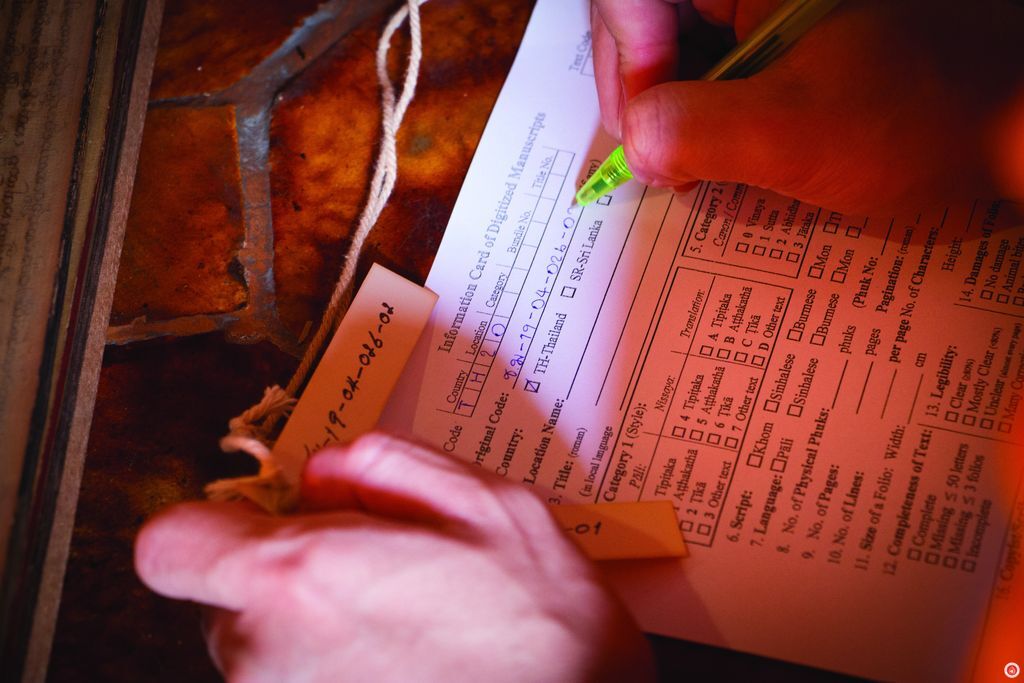 Once official permission is granted, CPAM staff will carefully survey the palm-leaf manuscripts at that particular location. If the desired manuscripts are located and are complete and in good condition, they will be sorted for registration and digitization. The steps are as follows:

Details of the palm-leaf manuscripts will be registered on information cards and they include: 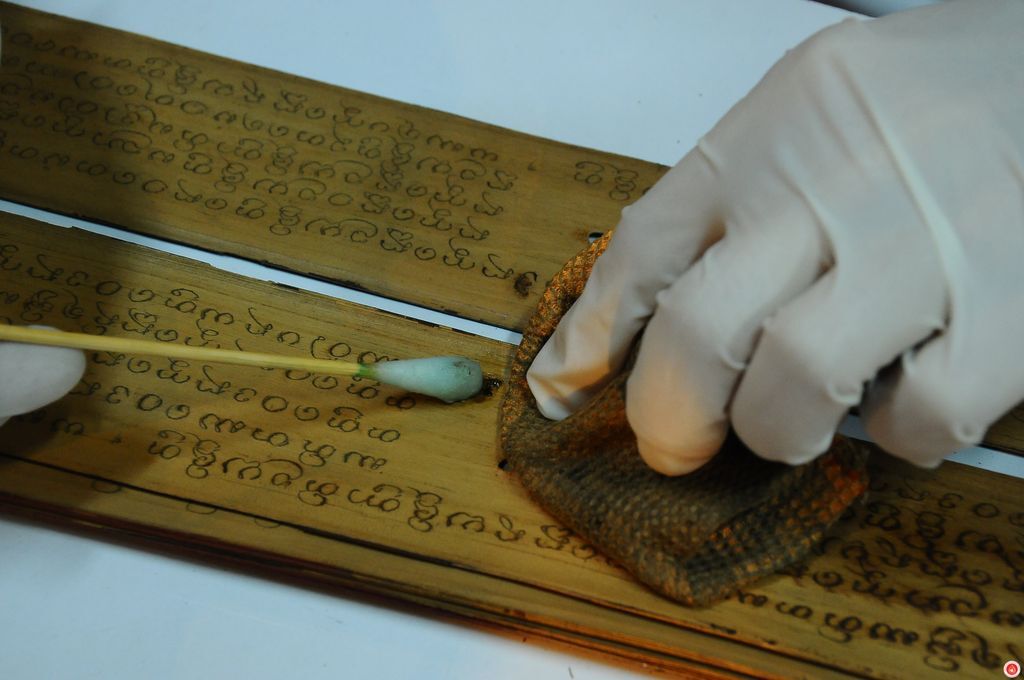 During this delicate process, personnel must wear masks and gloves, use clean, ultrafine cloth, and exercise extreme care when handling these several hundred-year-old manuscripts since they are exceptionally brittle and fragile.

- Setting Up the Equipment

Digitization equipment consists of a high-resolution camera, light meter, photography shooting table, studio lights, laptop with digitization and editing software. Once the equipment is set up, the following steps are performed: 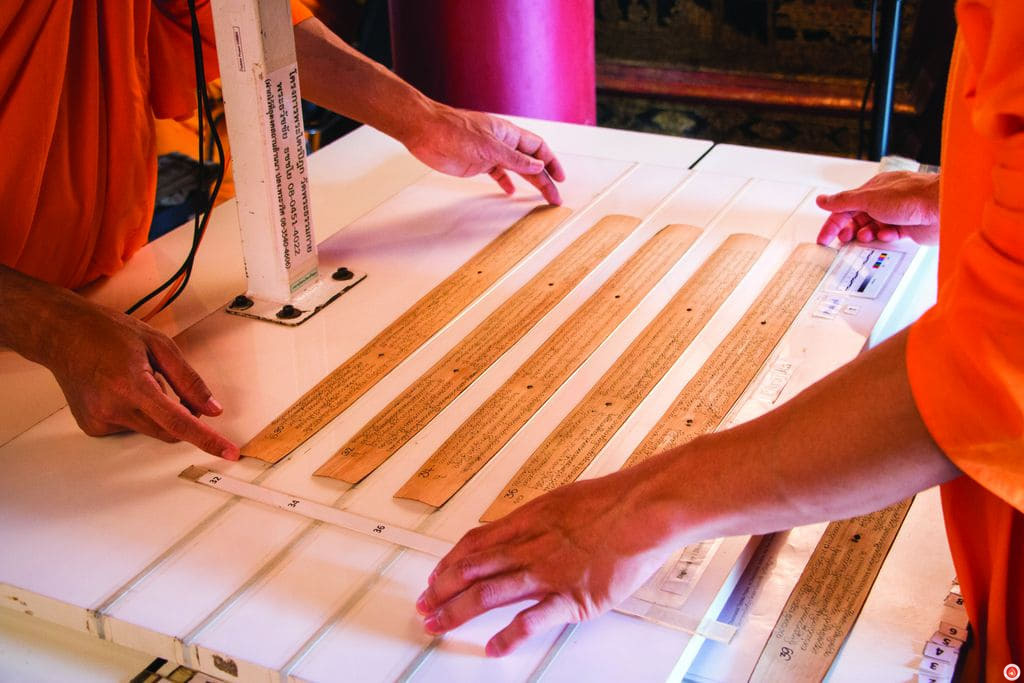 The staff are divided into two dedicated teams.

Details of the palm leaf manuscripts will be registered on information cards and they include: The staff are divided into two dedicated teams.

prepares the palm leaf manuscripts by ensuring that they sit properly on the established gridline, arranges the page number, and checks the overall readiness before the images are captured.

captures the images using a laptop activated shutter. After each bundle is photographed, Team 2 inspects the resolution of the images, page order of the leaves, the bundle number, the anga and the sequence of the text. 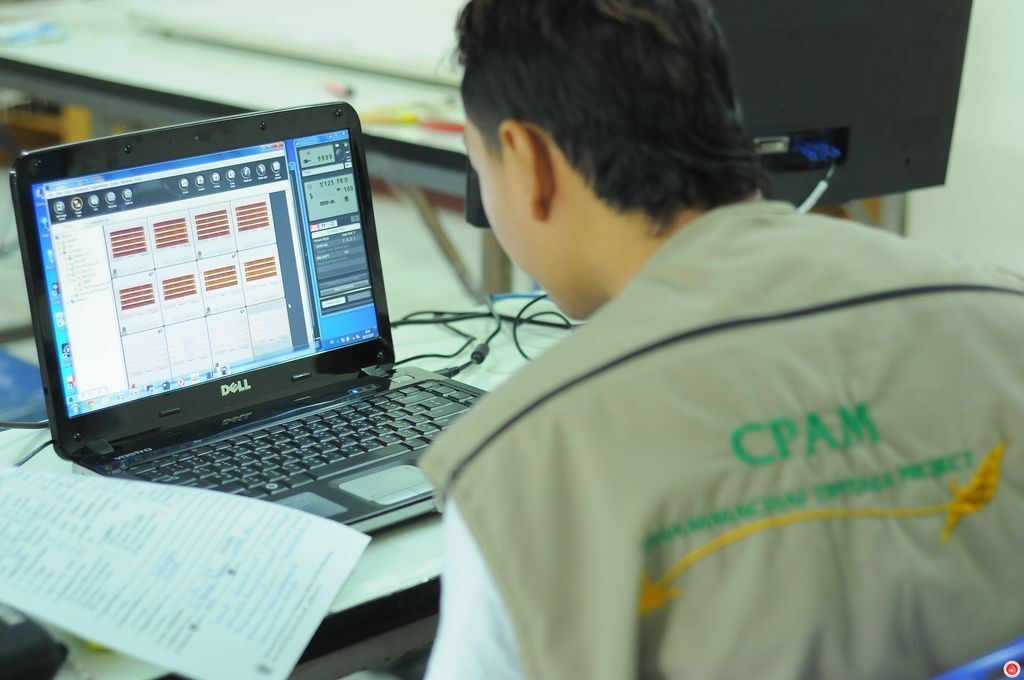 
After completing the digitization process, CPAM staff will store the manuscripts in the following way.

The final step is to create a catalog of the digital images with clear watermarks and present duplicates of the images to the curator of the manuscripts. 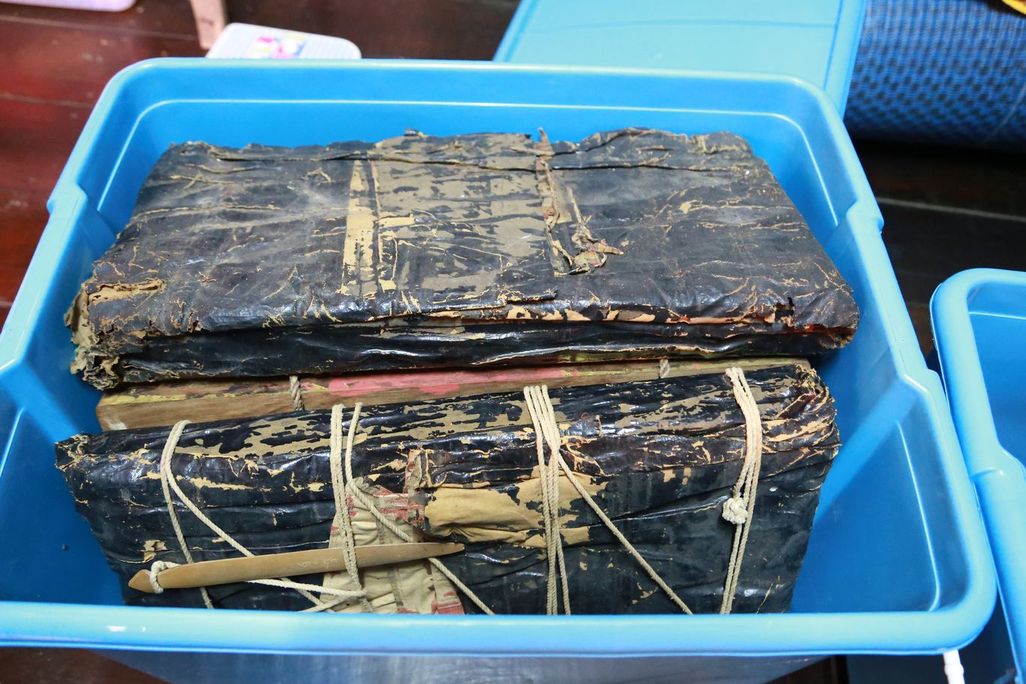 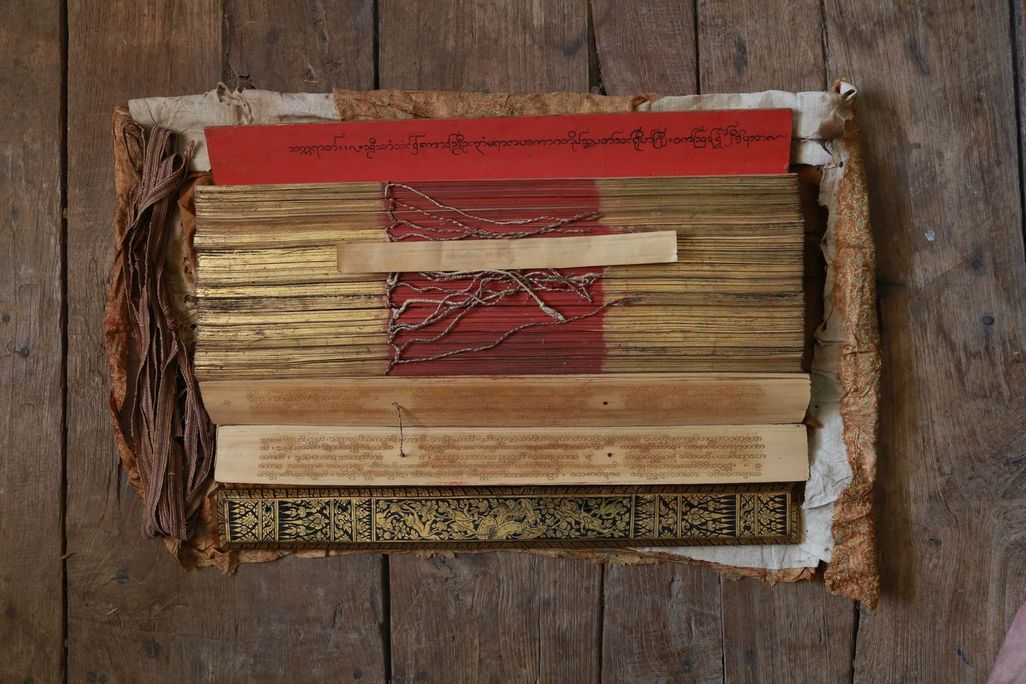 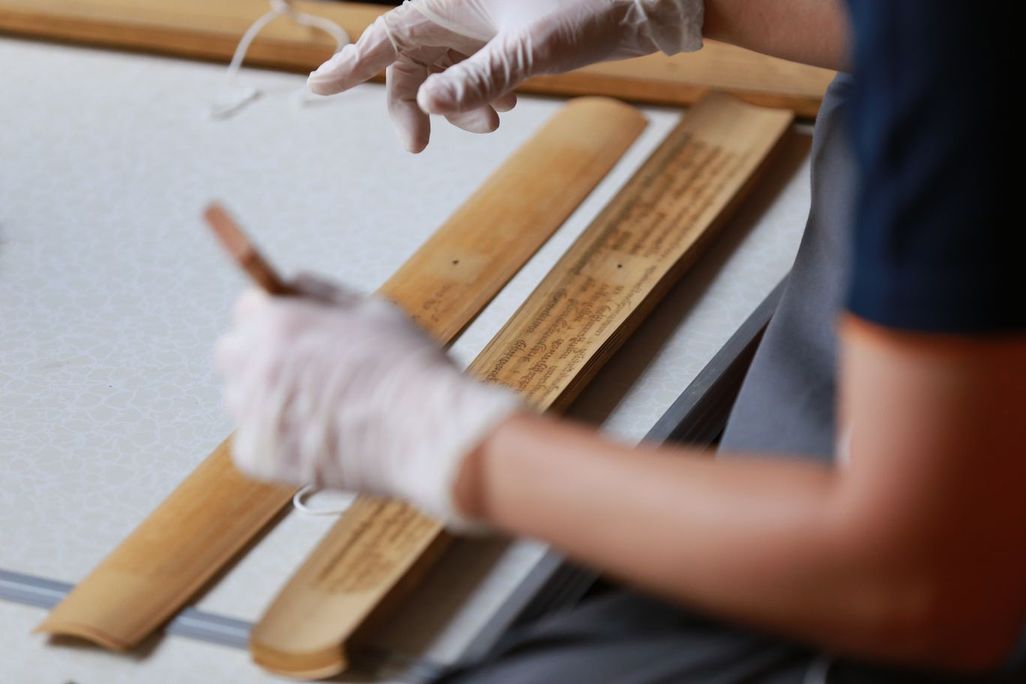 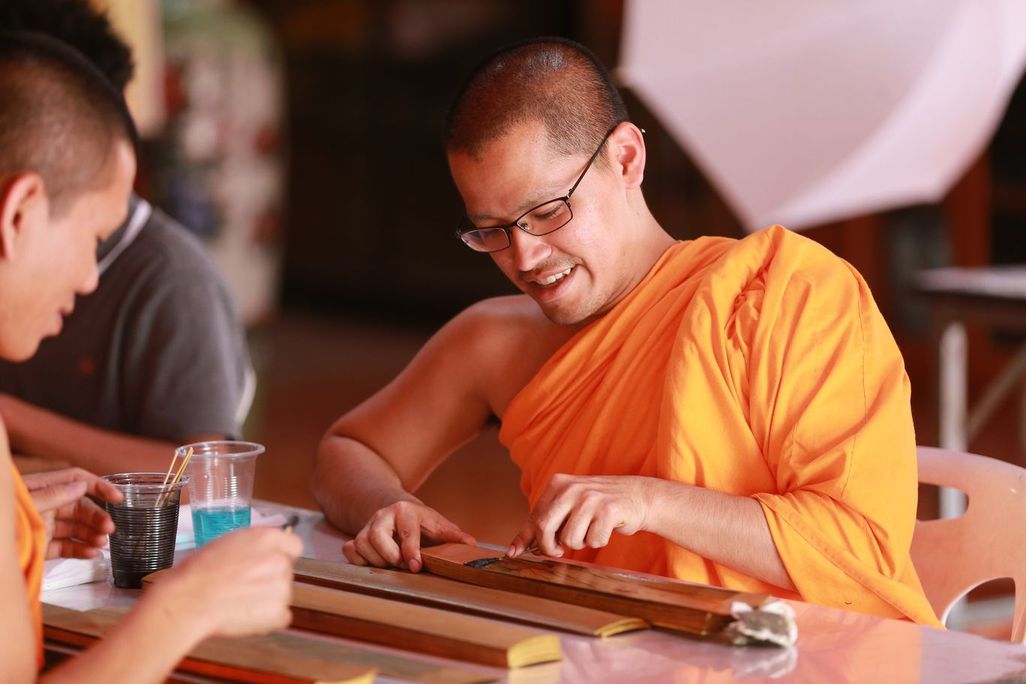 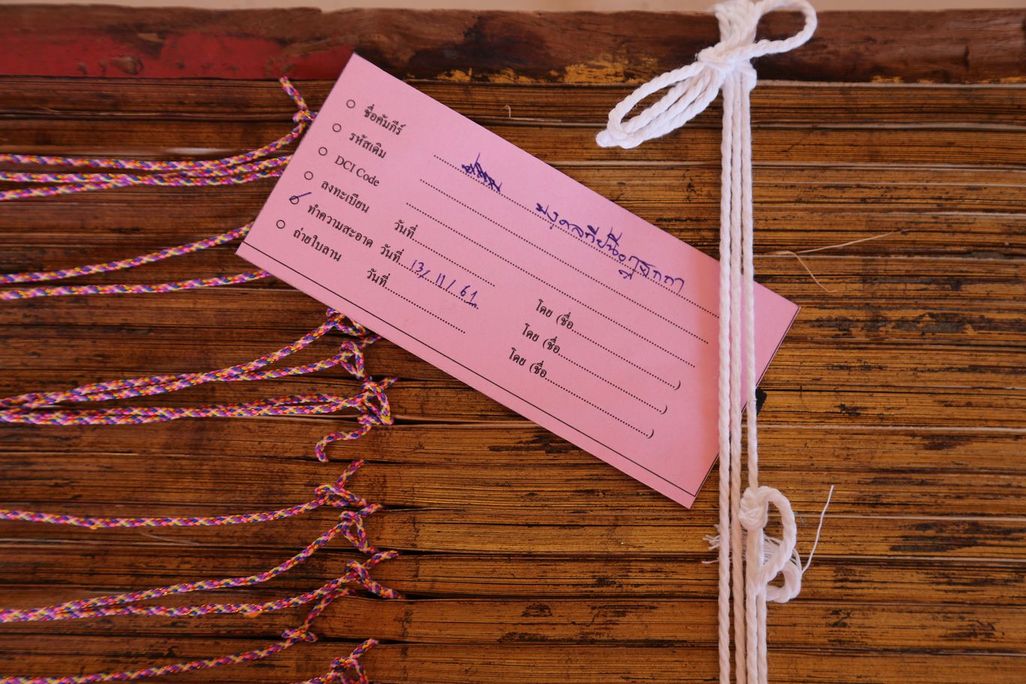 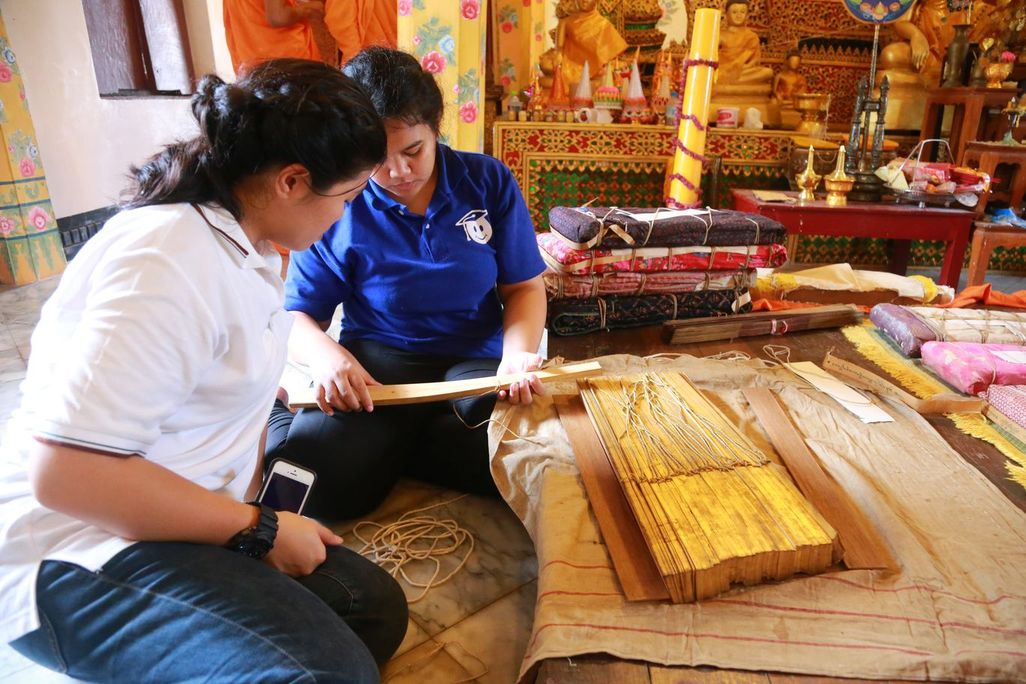 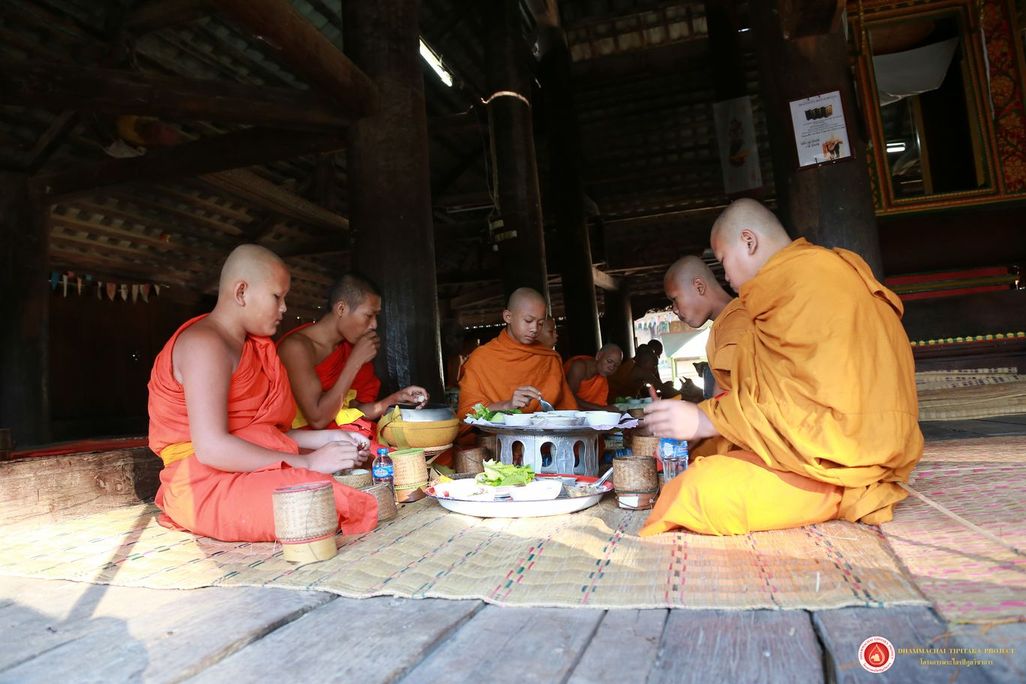 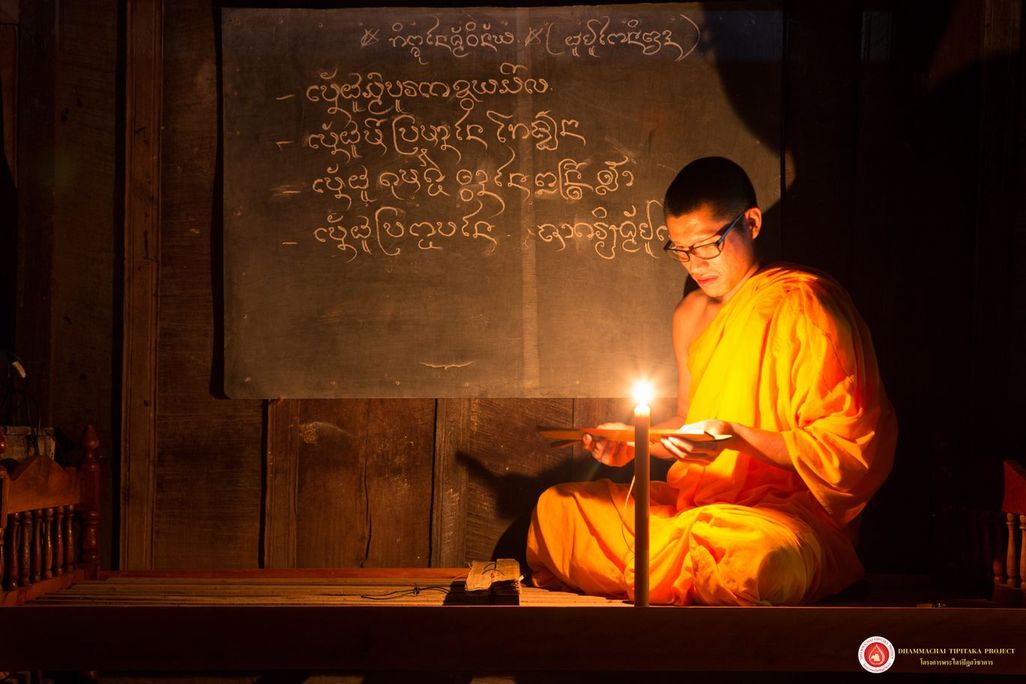 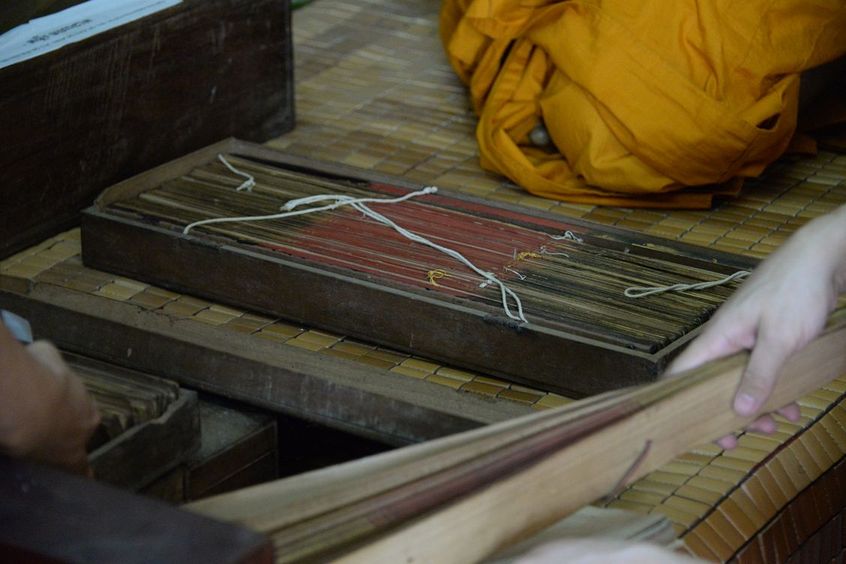 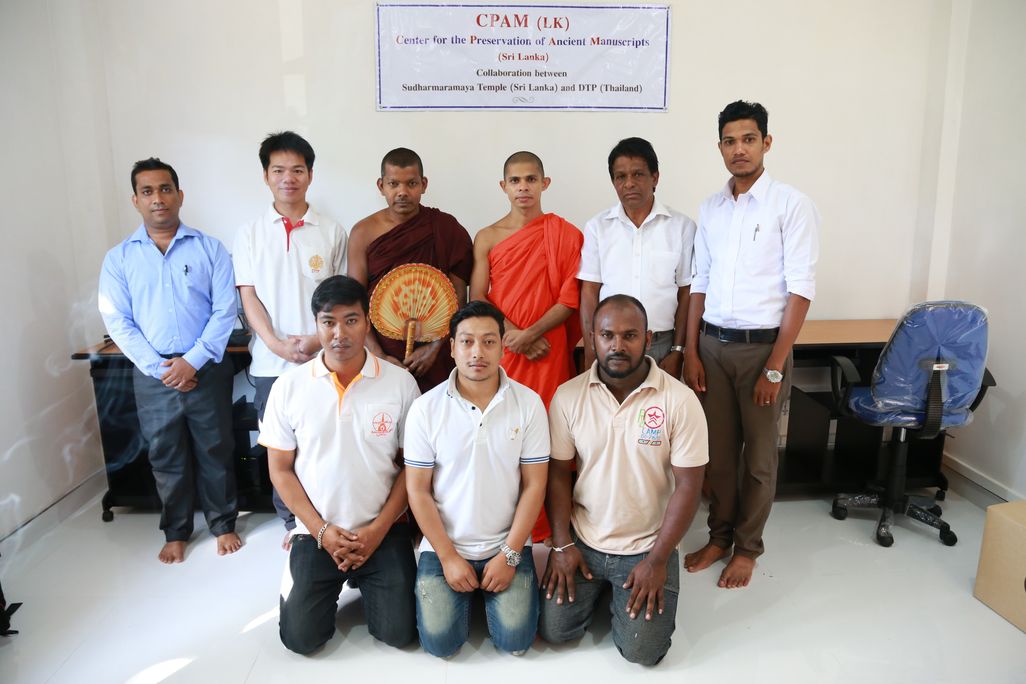 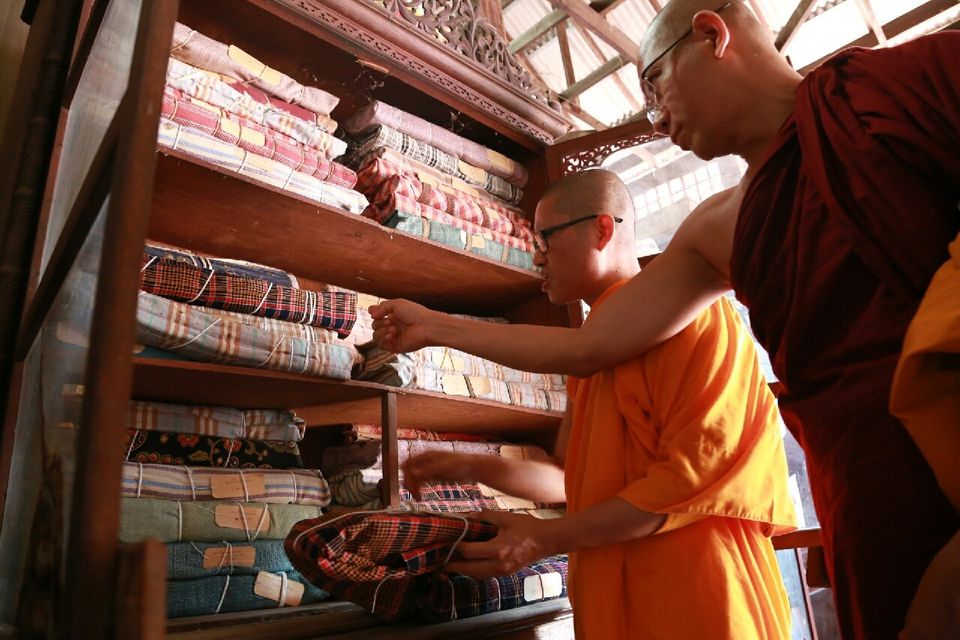 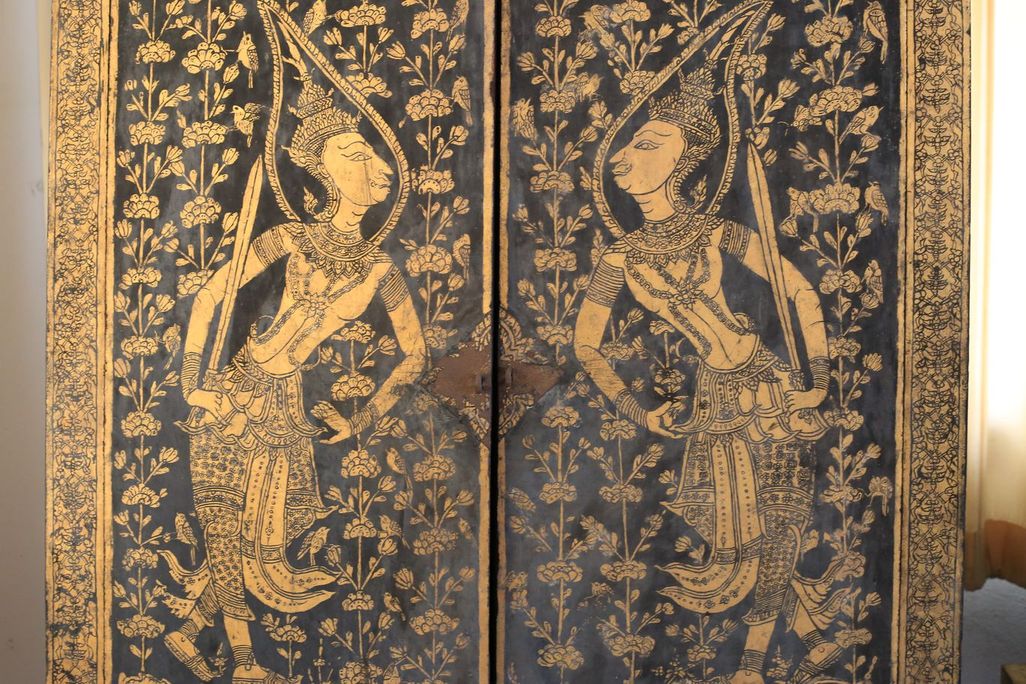 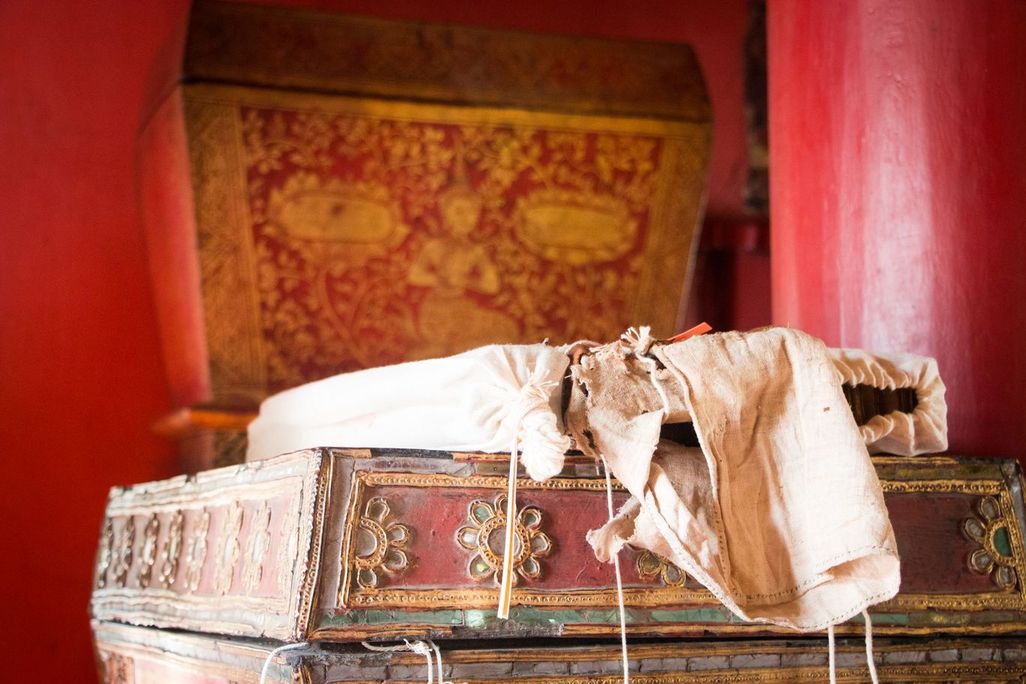 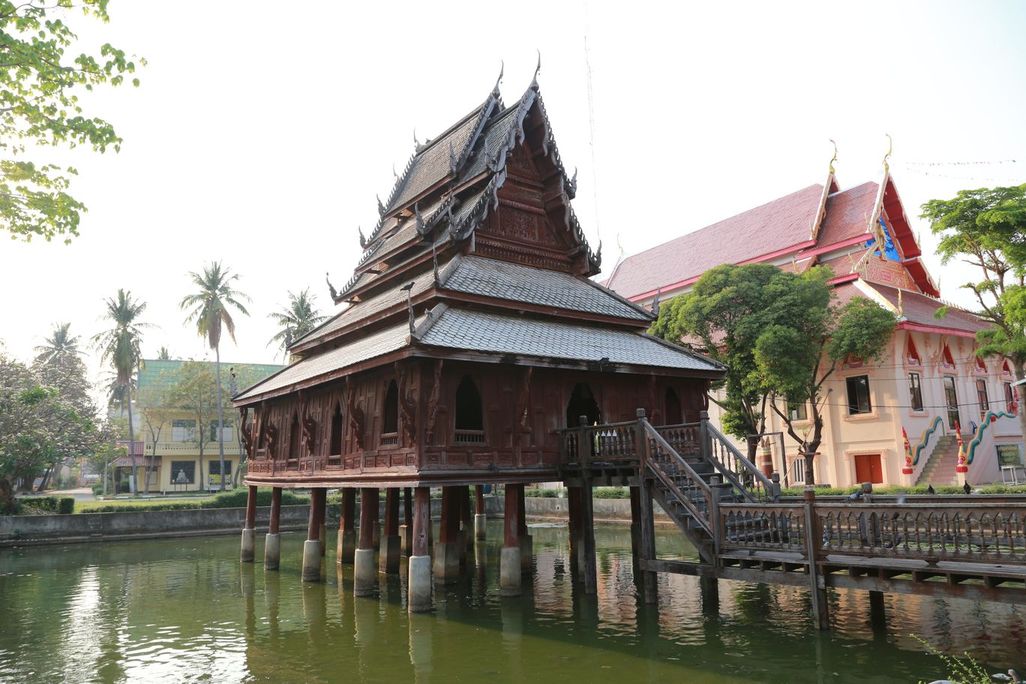 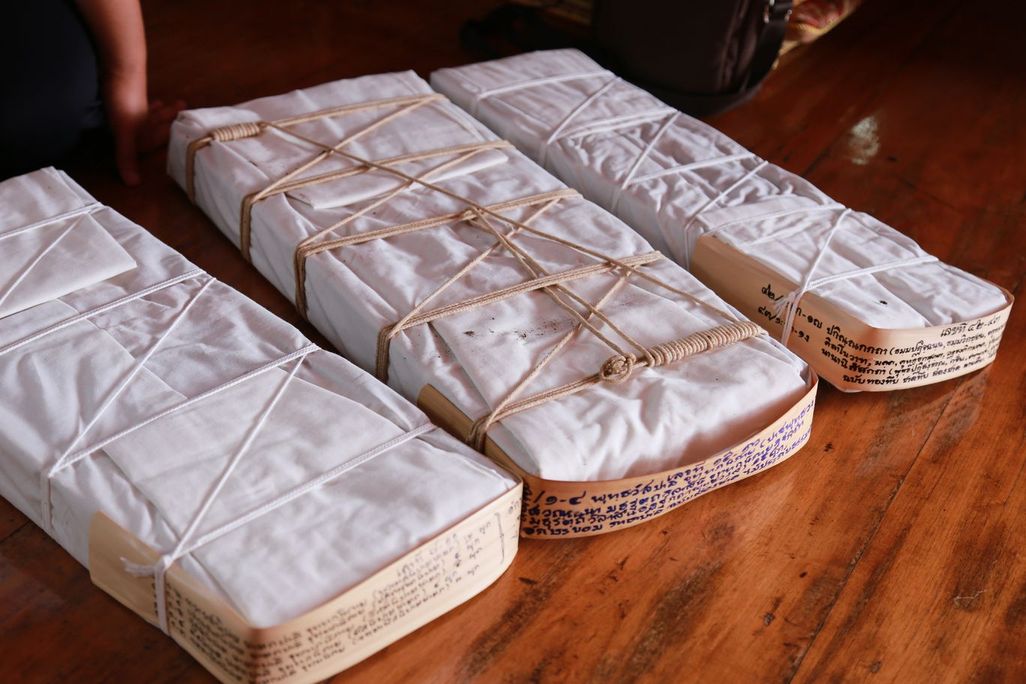 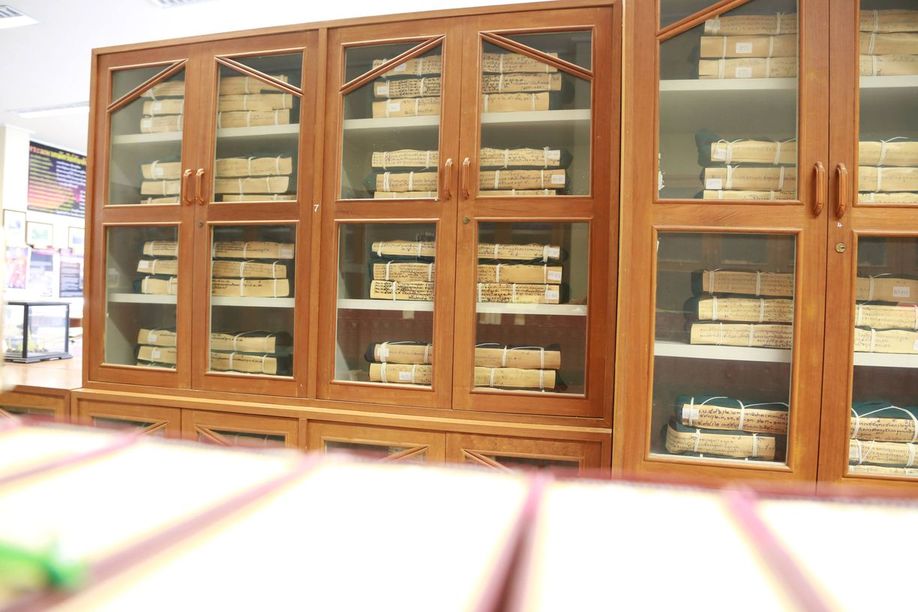 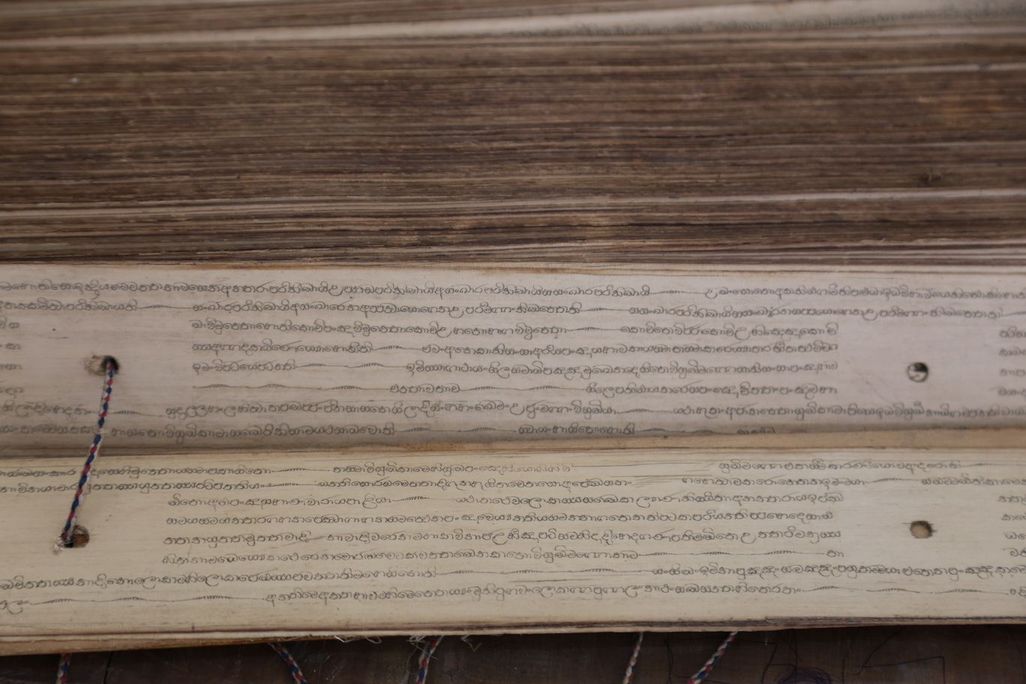 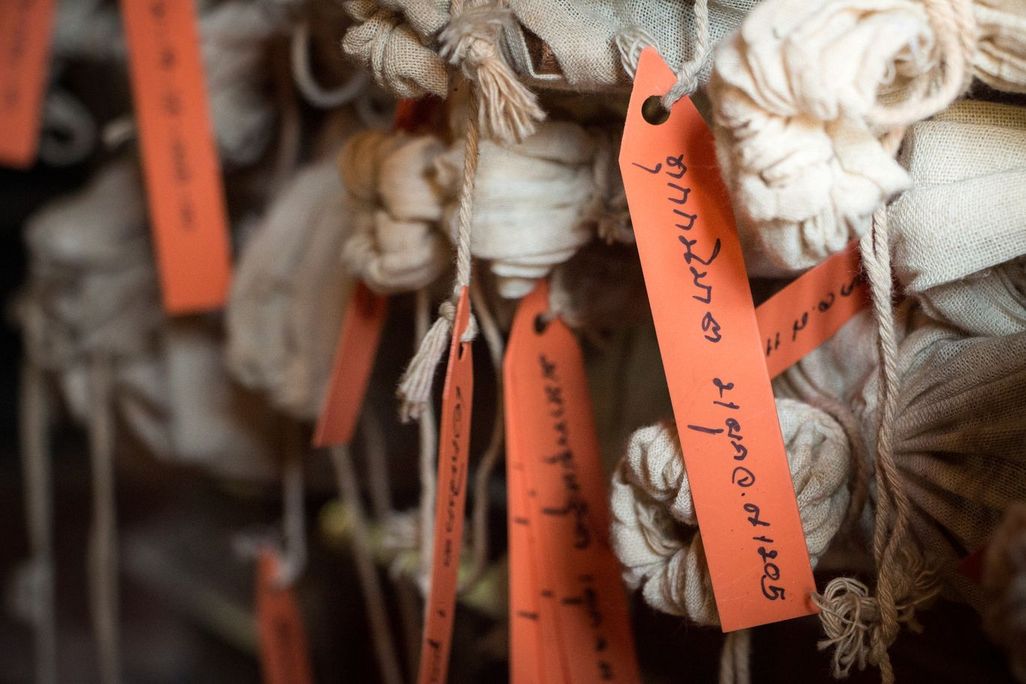 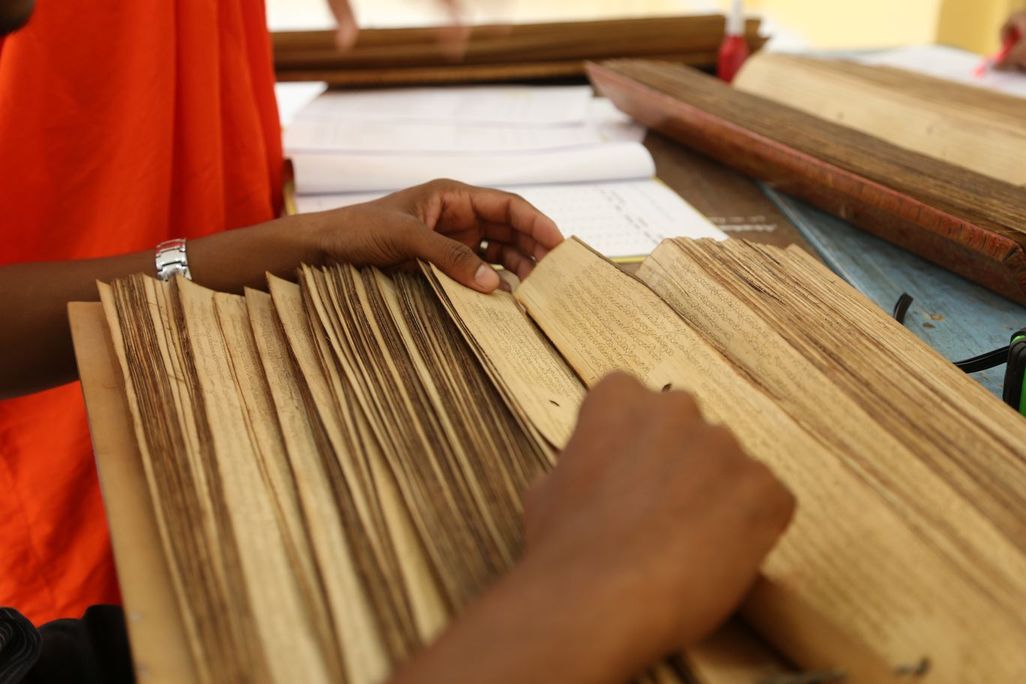 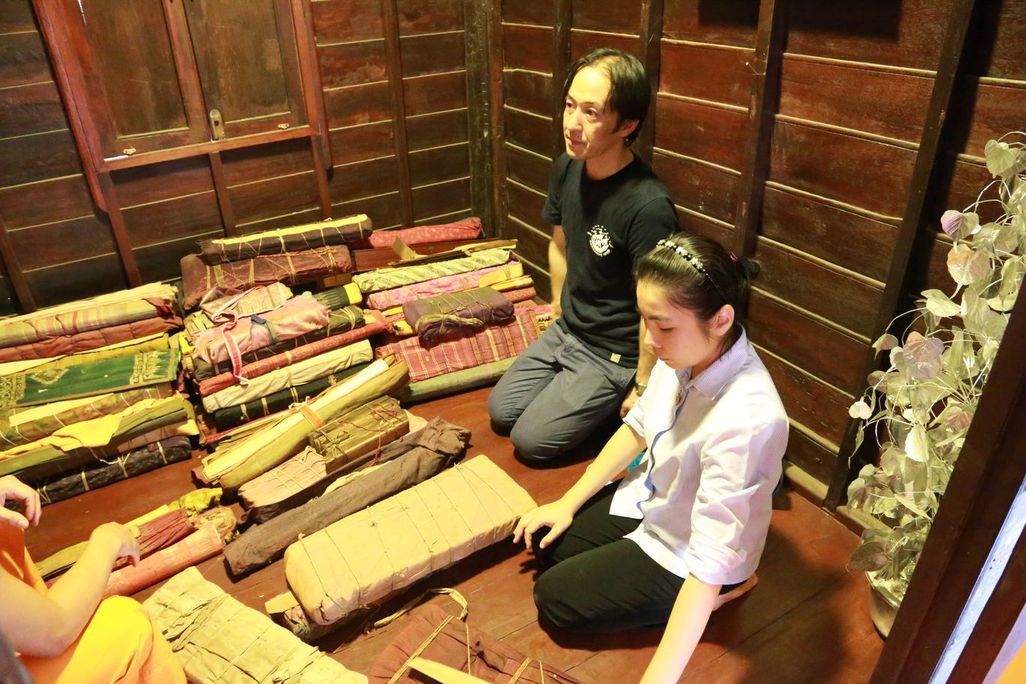 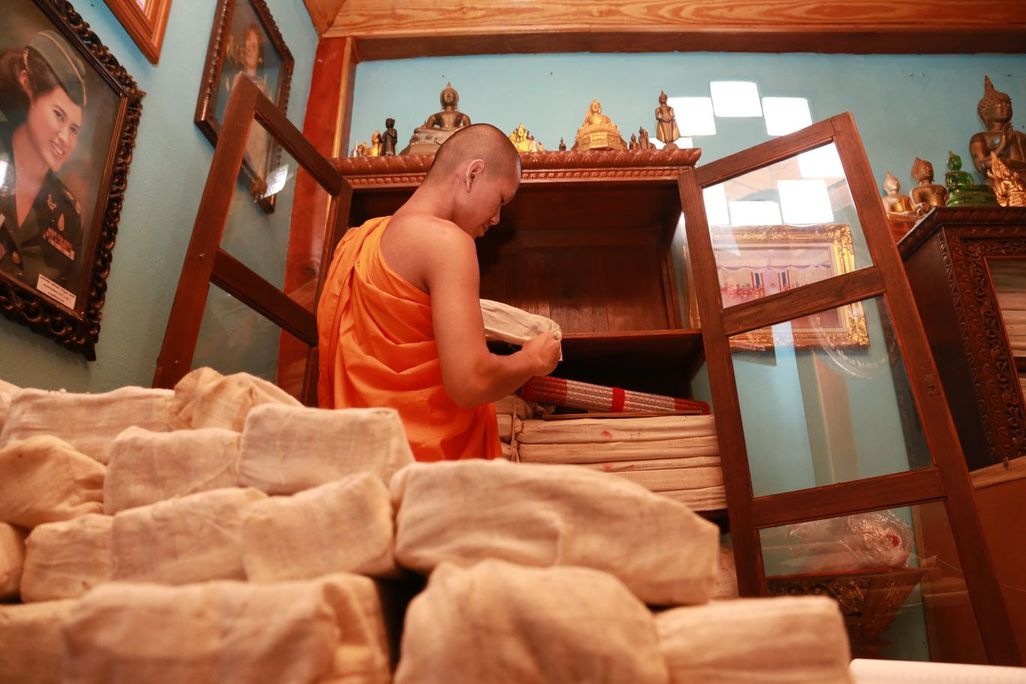 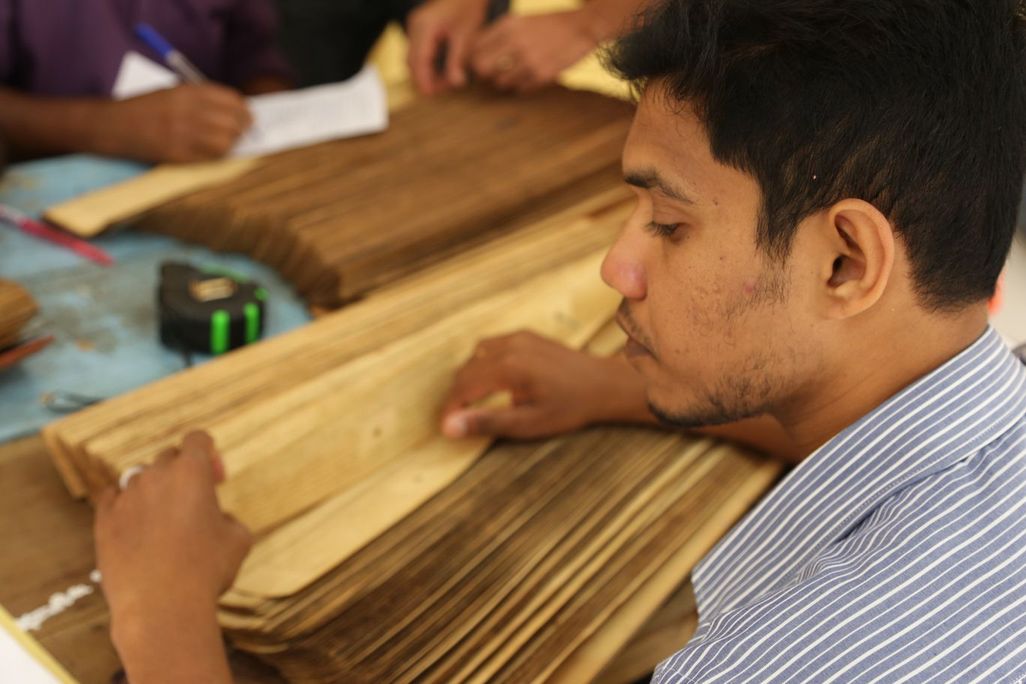